The National Association of REALTORS® recently reported that the sales of U.S. residential real estate to foreigners fell from $153 billion in 2017 to $121 billion in 2018, registering a 21 percent decline (Figure 1). Media outlets nationwide reported that the decline was due to Chinese buyers purchasing fewer U.S. homes. This is a small part of the story since Chinese purchases fell 4 percent by dollar volume and 0.4 percent by number of homes.

The main reason foreign pu​rchases fell considerably was the decline in purchases by Canada, Mexico, and the United Kingdom (Figure 2).

These five countries represent the majority of foreign purchases. In 2018, their market share dropped below 50 percent by dollar volume of sales.

So what happened? Why such a big decline?

The exchange rate played a role as an accumulated effect of depreciation of each country’s currency starting in 2016, but overall the exchange rates of these five countries appreciated with respect to the U.S. dollar from April 2017 to March 2018 when the survey was estimated (Figure 3).

The other thing to consider is that April 2016 to March 2017 (the previous year) was a peak year in dollar volume sales to buyers from those countries, especially Canada and Mexico, and sales have reverted back to historical trends. Country-specific factors are regulations on capital outflows implemented by the Chinese government, United Kingdom’s BREXIT uncertainty, Canada’s and Mexico’s economic uncertainty about the outcome of NAFTA negotiations, and the slowing down of India’s economy in 2017.

Texas is the third major destination of international homebuyers, even with the decline of Mexican foreign buyers. International buyers purchased 24,012 homes in Texas from April 2017 to May 2018, representing 7 percent of the total sales in the state, a drop from 10 percent the previous year, with a market value around $15 billion. 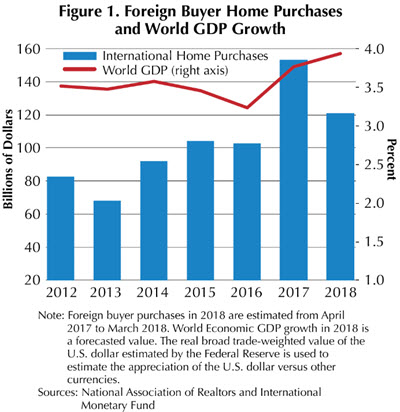 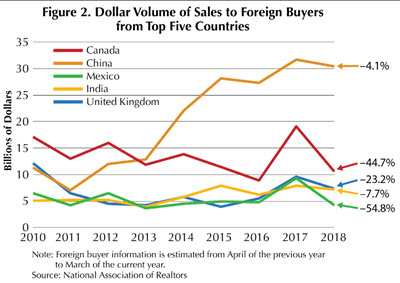 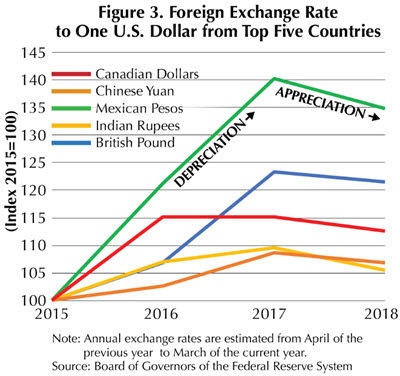 Log on from 10-11 a.m. via Zoom and ask your global real estate related questions to our panel of professionals

The HAR Global Advisory Group works hard each year, along with our Professional Development department, to provide members with top notch global centric education.  At present time, all classes are offered as...